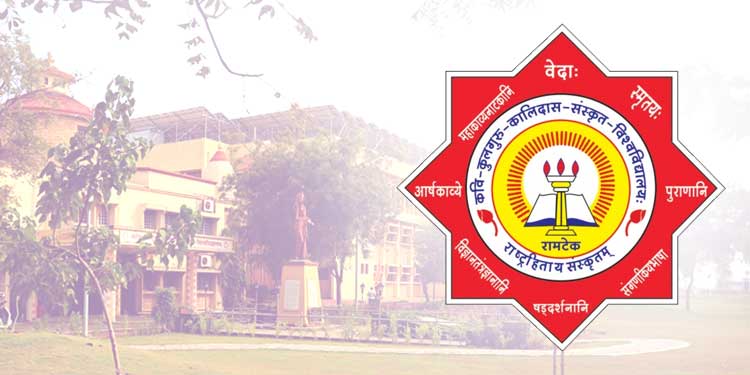 Maharashtra State had no Sanskrit University before 1997. The former Prime Minister of India, Hon’ble Shri P.V. Narasimha Rao, who is a great scholar of Sanskrit, always insisted that Maharashtra has a great tradition of Sanskrit learning hence it should have an independent University.

The initiative of Hon’ble Shri.P.V. Narasimha Rao and the strong motivation of Late. Shri. Sudhakarrao Naik and the tireless efforts of Dr. Shrikant Jichkar in creating a non-formal model and well studied act for the University has helped the smooth establishment and take off of this University.

The University was established on 18th September 1997. The place Ramtek, which is a township in Nagpur district, was selected because it is connected to the name of great poet of the world Kavikulaguru Kalidas.

Dr.V.V. Mirashi the great ideologist had propounded the theory that Mahakavi Kalidas was a contemporary of Chandragupta II of Gupta dynasty and Kalidas must have been the courtier of this emperor. The daughter of golden era maker emperor Chandragupta II was given in marriage to king Rudrasena of Vakataka dynasty in Vidarbha with capital at Nagardhan near Ramtek. The daughter’s name was Prabhavati Gupta. After having two sons, Prabhavati’s husband Rudrasen Vakatak suddenly died. Queen Prabhavati decided to look after the administration and requested her father to send some courtiers for her guidance. Dr. V. V. Mirashi who has propounded this theory tries to establish that Kalidas was one of the courtiers who had come from the Gupta capital to Vakatak capital to assist the queen mother Prabhavati. Thus Kalidas lived here for full one calendar year and composed his immortal poem Meghadoot here on Ramgiri hillock.

The Vishvavidyalaya is named after the National poet of India, Kalidasa, who had been reverentially called ‘Kavikulaguru’. Kalidasa’s Abhijnansakuntalam prompted the German poet Goethe to say: